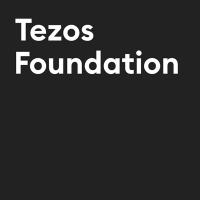 The Tezos Foundation is a Swiss foundation, supervised by the Swiss Federal Foundation Supervisory Authority which is part of the Swiss Federal Department of Home Affairs. Its purpose is the promotion and development of new technologies and applications, especially in the fields of new open and decentralized software architectures including the promotion and development of the Tezos protocol and related technologies.

Tezos is a technology that powers a distributed, peer-to-peer, permissionless network. No single entity owns, manages, or controls “Tezos.” Understanding this paradigm is fundamental to understanding Tezos.

The Foundation’s role within the community is to deploy resources that support the long-term future of the Tezos project. Grants and other capital deployment vehicles offer a strategic way to help community members, such as educational and research institutions, developers, or activists from all over the world to support the advancement of the Tezos technology.

Tezos’ potential rests in the hands of its community which is among the strongest and most exceptional in the blockchain ecosystem. All interested parties are welcome to join the Tezos community and contribute to the project.