We spend most of our lives using our computer, flipping through channels on a smart TV, or checking our smartphone — but how often do we stop and think about the security of our online actions and what our inseparable relationship with technology means for our privacy? Even if you haven’t given cybersecurity much of a thought, you likely have seen recent headlines about the serious repercussions of not taking cybersecurity seriously. Part of the United States was faced with a potential gas shortage after the recent Colonial Pipeline hack led people across the Eastern and Southern U.S. to panic-buy gas, causing a significant increase in gas prices. On an even larger scale, tens of thousands of enterprises and governments worldwide, from Fortune 500 companies to U.S. government agencies were compromised by the unprecedented SolarWinds hack, leaving critical systems at these organizations unsecured possibly for years to come given the sophistication of this nation actor attack. Experts warn that critical infrastructure faces an increased risk of cyber attacks, making such attacks a top national security risk, and organizations must prepare. President Biden recently announced a cybersecurity executive order that aims to get all government agencies on the same page in protecting their systems against cyber attacks using Zero Trust frameworks. But what does cybersecurity really mean, and why is it important in the standardization and deployment of emerging technologies in smart cities and smart mobility? 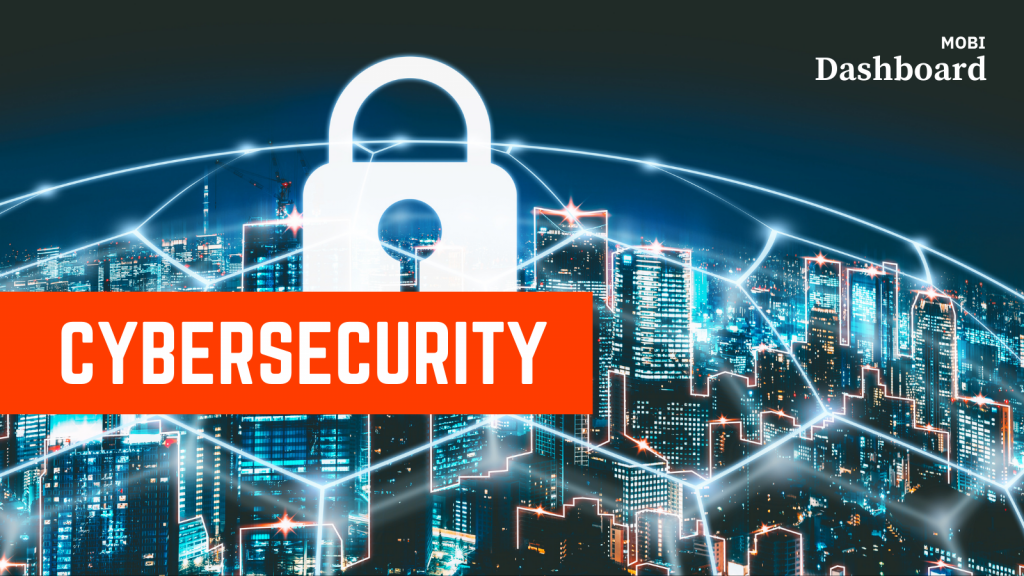 Cybersecurity is “the practice of protecting critical systems and sensitive information from digital attacks” according to IBM. These attacks can come from external or internal threats and are extremely costly financially, strategically, and often personally for an organization and its people. Cybersecurity is as vast and complex as our digital footprint encompassing many different areas, including network security, data security, identity management, and much more. The Washington Post broke up a ransomware attack into five parts: the hackers, the hack, the negotiation, the payment, and the aftermath. The aftermath puts the gravity of cybersecurity into perspective — it can take nearly a year for an organization to recover from an attack and the consequences are rarely confined to the organization itself. As we saw with the Colonial Pipeline and the Kaseya attack, the consequences are often felt by everyday citizens outside of the affected organization.

Why are Blockchains/DLT Important for Cybersecurity? 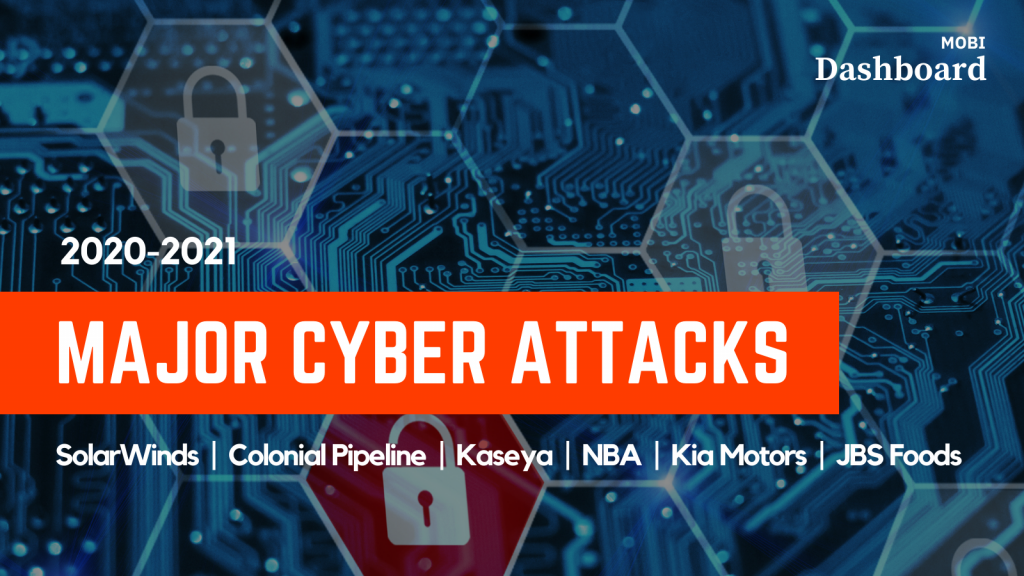 Some of blockchain’s biggest selling points come from its lack of a single point of failure, its transparency, and its tamper-resistant nature. All three of these characteristics are crucial in the cybersecurity space to ensure system integrity and protect against cyber attacks; in stark contrast to all enterprise systems, the Bitcoin blockchain has been completely open to everyone since 2009 without a single successful cyber attack against it. A Deloitte report explains how the consensus mechanisms made possible by blockchains could be used to detect and prevent data tampering. Therefore, blockchain-based “cyber resilience” mechanisms for independently operating devices from IoT sensors to routers to smart phones will protect connected devices by equipping them with capabilities to detect, prevent, and, if they are compromised, subsequently recover after an attack.

How Does Cybersecurity Affect Smart Cities and Smart Mobility? 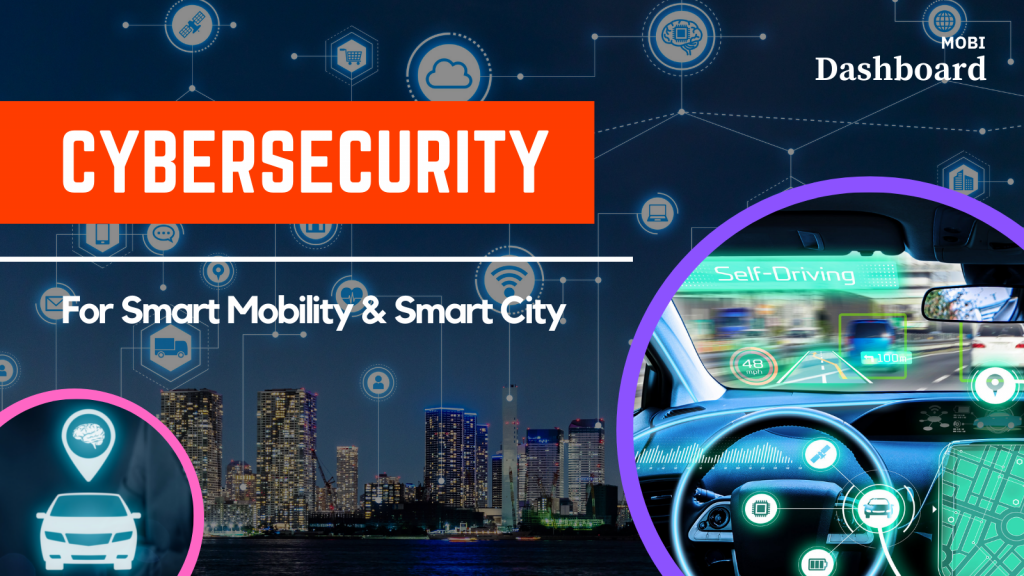 One major challenge of emerging smart cities is governance of the digital technologies used to make these cities “smart.” As you can imagine, a city equipped with a large network of connected devices such as cameras, sensors, vehicles, and smart phones  comes with ever-increasing cybersecurity and privacy challenges for the city’s citizens and government. Dubai is getting ahead of cybersecurity threats by establishing cybersecurity offices in its 133 government entities. The World Economic Forum also encourages equipping civic leaders and entities with the right tools to understand and govern the digital technologies being used in smart cities to protect the cities from cyber attacks. The G20 Global Smart Cities Alliance is one organization helping emerging smart cities protect and secure the data and technologies being created and used in these smart city projects.

Within smart city mobility, the cybersecurity  of “the connected computer on wheels” — from electric to future autonomous  vehicles — is becoming a focal point. Pen Test Partners found that several electric vehicle charging brands, such as Project EV and Hypervolt, had vulnerabilities that could allow hackers to steal electricity or even break into the user’s home network. With EVs gaining in popularity, many organizations are failing to prioritize cybersecurity, which can put their chargers and vehicles at risk. In the production and distribution of vehicles, the mobility supply chain is also at risk if hackers gain access to a manufacturer’s “operational technology.” Many measures currently in place are outdated and not suited for the cyber threats of today, let alone the AI based threats of tomorrow — which is where blockchain/DLT can come in to help secure both the vehicle and the mobility supply chain. Major automakers are already starting to prioritize cybersecurity. For example, GM recently appointed a Chief of Cybersecurity. Placing an emphasis on cybersecurity means major vehicle companies can move forward in innovating and developing autonomous and connected vehicles with a decreased fear of cyber threats and a better understanding of how to improve vehicles and how they connect to and utilize smart city networks  without compromising safety and security. 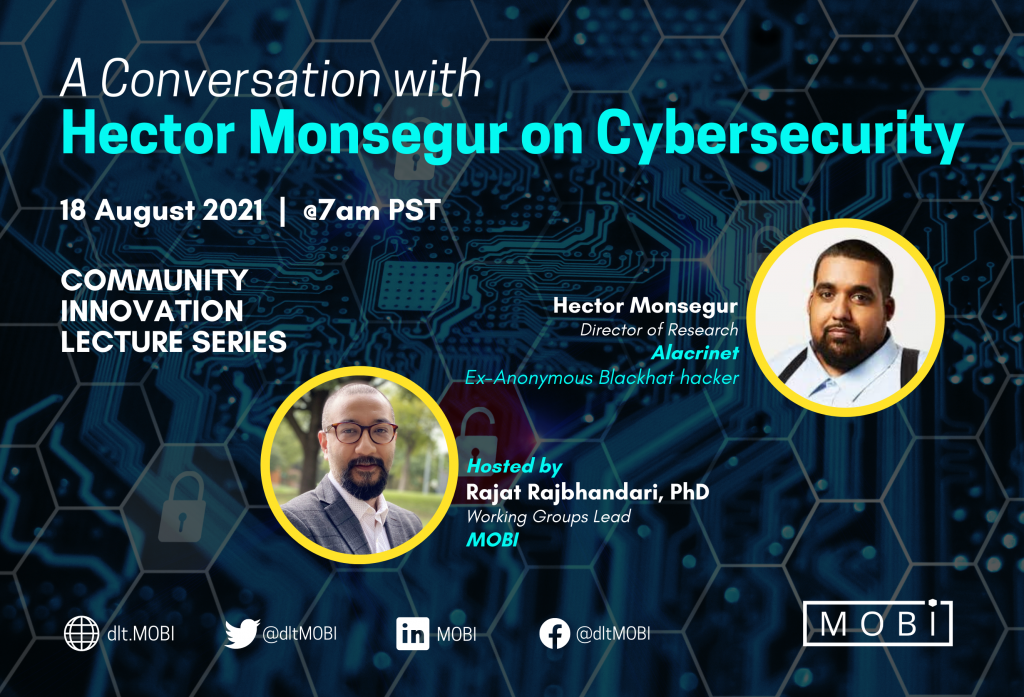 If you’re interested in learning more about cybersecurity, be sure to register for our 18 August Community Innovation Lecture with former black hat hacker, Hector Monsegur, and MOBI Working Groups Lead, Rajat Rajbhandari! Hector and Rajat will discuss recent ransomware attacks and how mobility industries such as supply chains can better prepare themselves for the increasing threat of cyber attacks. Learn more and register here!