Shifting Gears: the History of the Electric Vehicle

With over 200 years of history, the electric vehicle is far from a new invention. But how did we get to the increasingly popular electric vehicles of today — and where do we go from here?

Shifting Gears: the History of the Electric Vehicle

For many, the electric vehicle symbolizes the future of mobility.

Its recent rapid rise signals a new era of movement: one in which we have greater control over our resources, in which the open road doesn’t have to come at the expense of clean air or a healthy environment, and in which freedom is always renewable.

Today, this future seems closer than ever before. In 2020 alone, despite the effects of the COVID-19 pandemic, over 3 million electric vehicles (EVs) were sold worldwide. Mainstream projections put that number at 30 million by 2028; by 2030, EVs are expected to make up half of all passenger cars sold worldwide. Electric vehicles are typically cleaner, more sustainable, and often sleeker than their gasoline-powered counterparts. However, though they may be different from what many of us grew up with, they’re far from a new invention.

To truly understand the state of electrification today, it’s important to know where the EV comes from — and how it ended up stalling so many times before finally picking up traction in the 21st century. 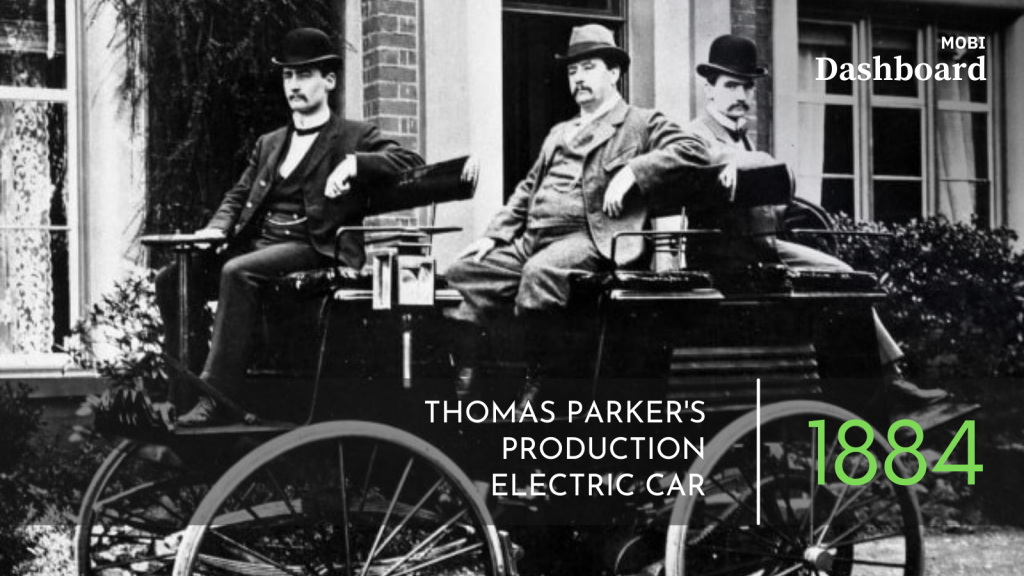 Although the basic idea remained intact, the first electric vehicles were a far cry from what we see on the market today.

In the early 1800s, as the true value proposition of the newly-invented battery began to take shape in the scientific community, prototypes of small-scale electric cars began cropping up in places like Hungary, the Netherlands, and the United States.

Scottish inventor Robert Anderson produced the first crude electric carriage in the 1830s. Around the same time, the first electric locomotive also made its debut, though considerable limitations to its capabilities made it more of a novelty than a practical machine. Even so, the 7-ton locomotive — named Galvani by creator Robert Davidson – was destroyed by railway workers who saw it as a threat to their livelihood. 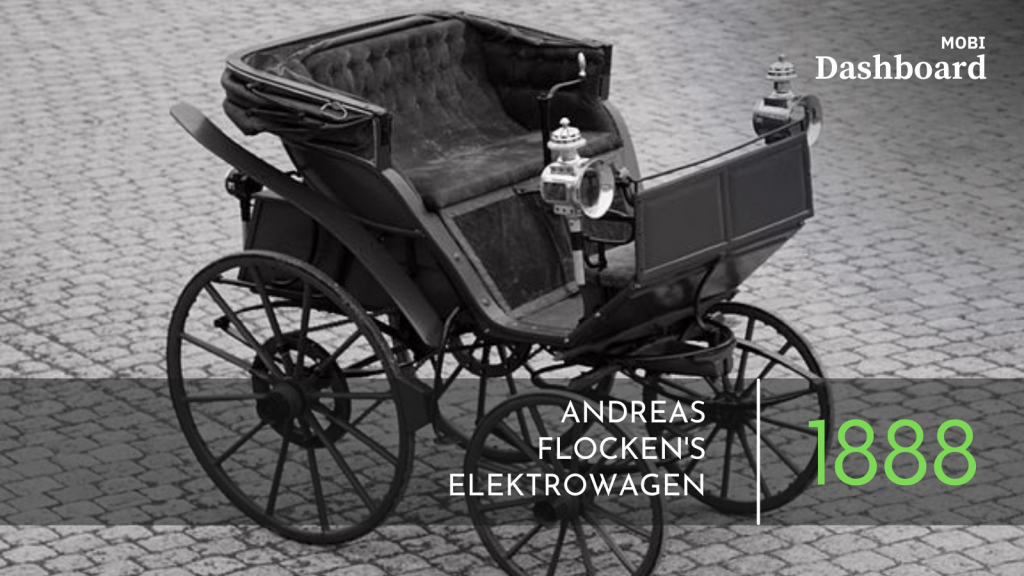 The first practical EVs came about a few decades later, with the invention of rechargeable batteries.

Among these were Gustave Trouve’s electric tricycle in 1881, Thomas Parker’s production electric car in 1884, and German engineer Andreas Flocken’s Elektrowagen in 1888.

Throughout the last two decades of the 19th century, inventors around the world worked to develop their own versions of the electric vehicle, fine-tuning their designs as new scientific discoveries emerged. At the time, the EV seemed poised to become the predominant mode of transportation in the coming century. 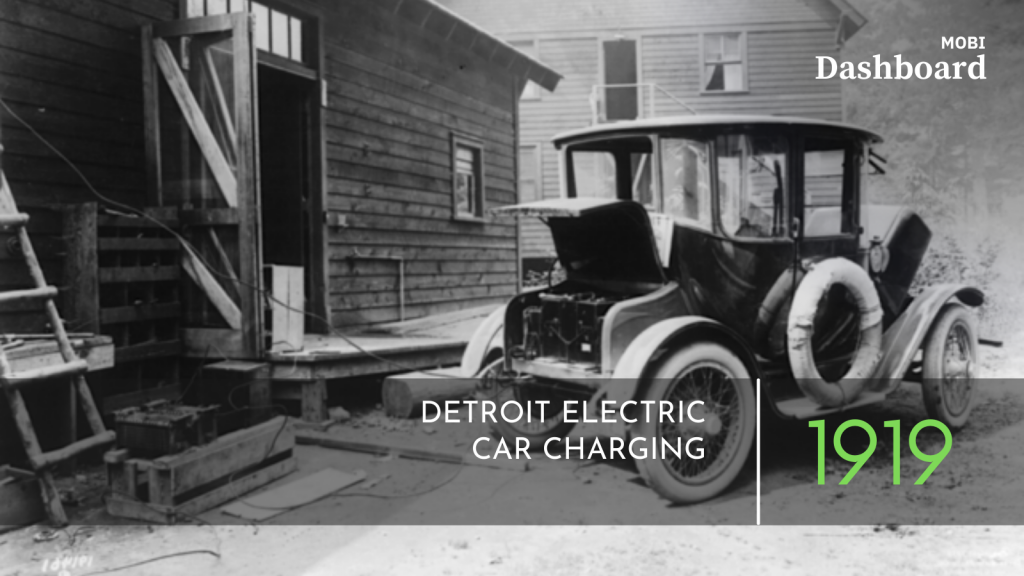 Around the turn of the 20th century, an increasing number of wealthy Americans were seeking alternatives to horse-drawn carriages. Next to its main competitor, the gasoline-powered car, the electric car was the clear favorite for urban commuters: it was quieter, easier to drive, and lacked the unpleasant pollution that accompanied an internal combustion engine.

The tide would turn only a few years into the century, however, as the automotive industry expanded and the less expensive gasoline car won the wider public’s favor.

Other factors that contributed to the fall of the electric vehicle included the mass construction of interstate highways, which created a demand for longer-range vehicles, and the fact that many rural Americans had greater access to gasoline than to electricity. By 1935, electric vehicles had disappeared from the mainstream market and would not resurface for a few decades. 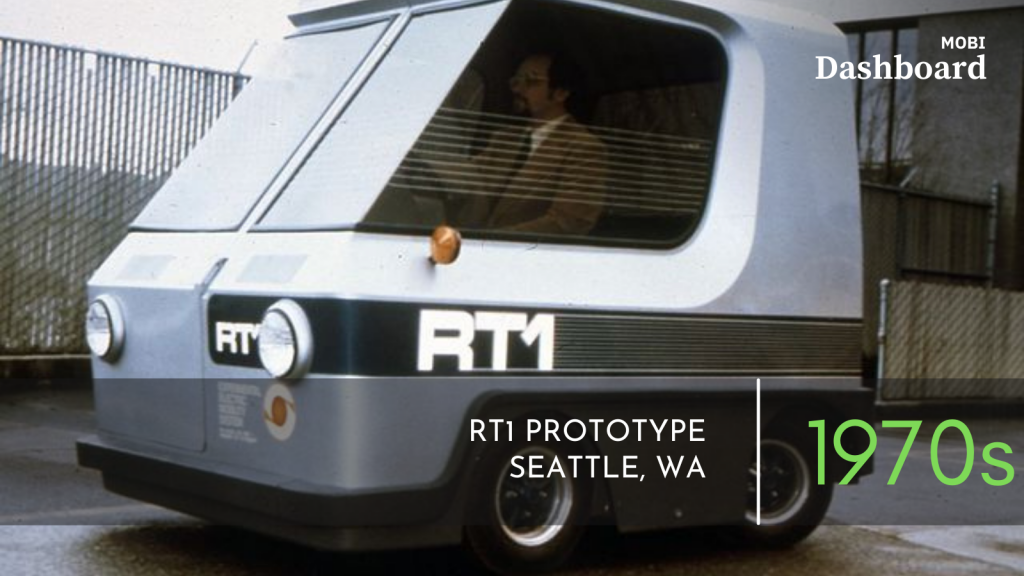 For a long time, little effort was made to bring the EV “up to speed” with its competitors in the rapidly evolving vehicle market. Regardless, gasoline shortages in the early ‘70s inspired a renewed public interest in the battery-powered cars of the past, eventually resulting in the Electric and Hybrid Vehicle Research, Development, and Demonstration Act passed by the United States Congress in 1976.

At the same time, automakers around the world were beginning to experiment with their own electric and hybrid prototypes. However, it had been decades since the first Golden Age of the electric vehicle; by the 1970s, the market was dominated by gas cars, and EV research remained sorely underdeveloped. Even the most impressive EVs were still years behind the speed and mileage of the average gas-powered car and, unfortunately, didn’t stand a chance in the mainstream. 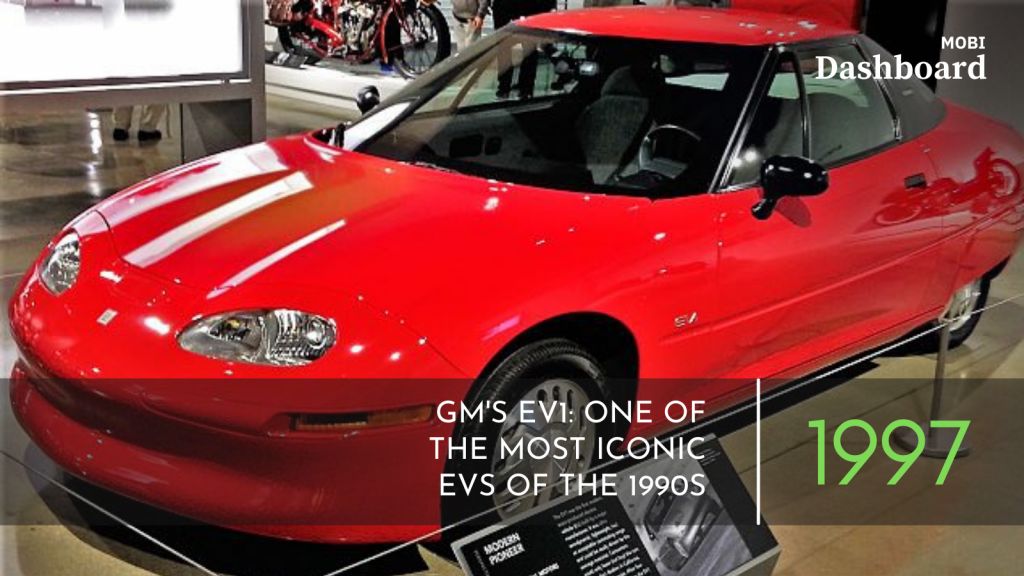 The ‘90s saw a second era of renewed interest in electric vehicles, this time as a result of growing environmental concerns. Over time, the public had become increasingly aware of the role vehicle emissions played in climate change, and many were beginning to seek more sustainable methods of transportation.

By then, engineers and manufacturers around the world had discovered new ways to make electric cars faster and more fuel-efficient. Some models picked up a pretty significant following, but it wouldn’t be until after the turn of the millennium that electric vehicles as a whole would once again capture the public’s imagination and launch back into the mainstream.

Perhaps it was the turn of the millennium that changed the way people thought about the electric vehicle. It was, decidedly, a new era — hailing in a generation of people whose entrepreneurial spirits were matched only by their increased social and environmental awareness. It was the age of Silicon Valley, the internet, and rapidly expanding international trade.

The return of the EV was both improbable and inevitable. After so many decades dealing with the drawbacks of gas-powered vehicles, it was time for us to explore new modes of transportation — but who could have guessed that we would turn to something even older than internal combustion?

In 2000, the Toyota Prius became the first hybrid electric vehicle to be sold worldwide. The following decade saw the emergence of small startup Tesla Motors, which would soon become the blueprint for EV manufacturers everywhere. This opened the floodgates for bestsellers like the Nissan Leaf and the Chevy Volt.

Over a century after the electric vehicle’s first stint in the limelight, the race to widespread electrification was finally heating up again. This was supported by the development of broader charging infrastructures and more advanced battery technologies, along with a cultural shift toward more sustainable and environmentally friendly practices.

We now find ourselves at the precipice of a global mobility revolution. Today, there is a greater and more diverse selection of electric and hybrid vehicles on the market than ever before, and consumer interest is skyrocketing.

Automakers around the world continue to set goals toward increasing EV and hybrid production, with many pledging to go fully electric in a matter of decades. Scientists and engineers are finding new ways to improve EV battery and charging technology.

In consortium environments like MOBI, cross-industry innovators are working to reimagine transportation and energy infrastructures to accommodate this shift and make EVs more sustainable, safer, and more accessible across the globe.

It’s difficult to predict the future of the industry. However, as our cities adopt better EV charging infrastructures, new battery technologies allow us to drive farther and faster than ever before, and digital innovations enable smart mobility applications beyond our wildest dreams, one thing is clear: we’ll be driving EVs on the road to the New Economy of Movement. 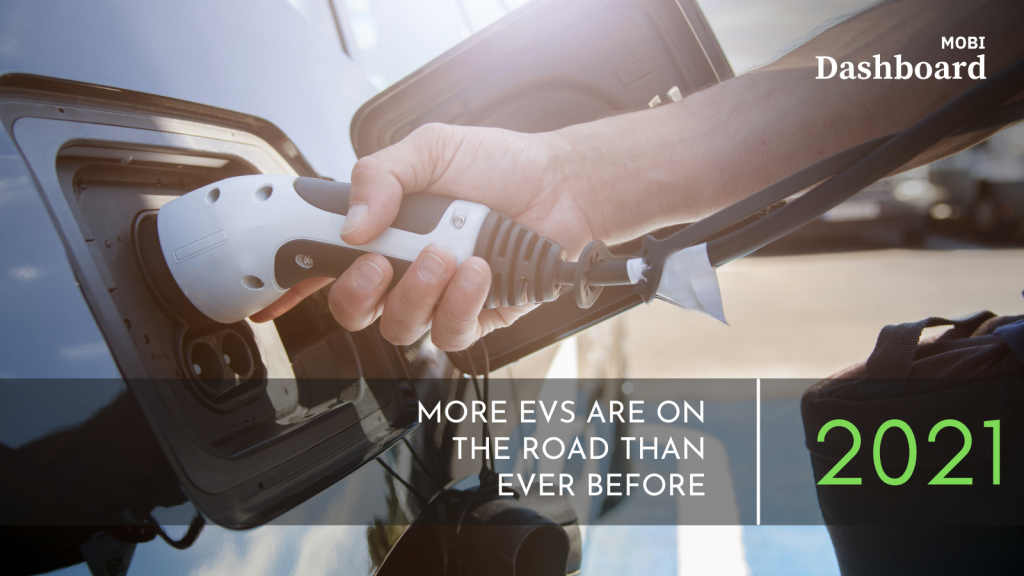 Vehicle electrification is a central component of MOBI’s vision for the future of mobility. Together with other MOBI Working Groups (WGs), MOBI’s Electric Vehicle Grid Integration (EVGI) WG aims to aid the increasing adoption of electric vehicles by creating interoperable systems for governments, utilities, and the mobility industry alike. These systems will enable a better way to manage the grid load, calculate carbon offsets, and generate carbon credits, facilitating the implementation of peer-to-peer services. 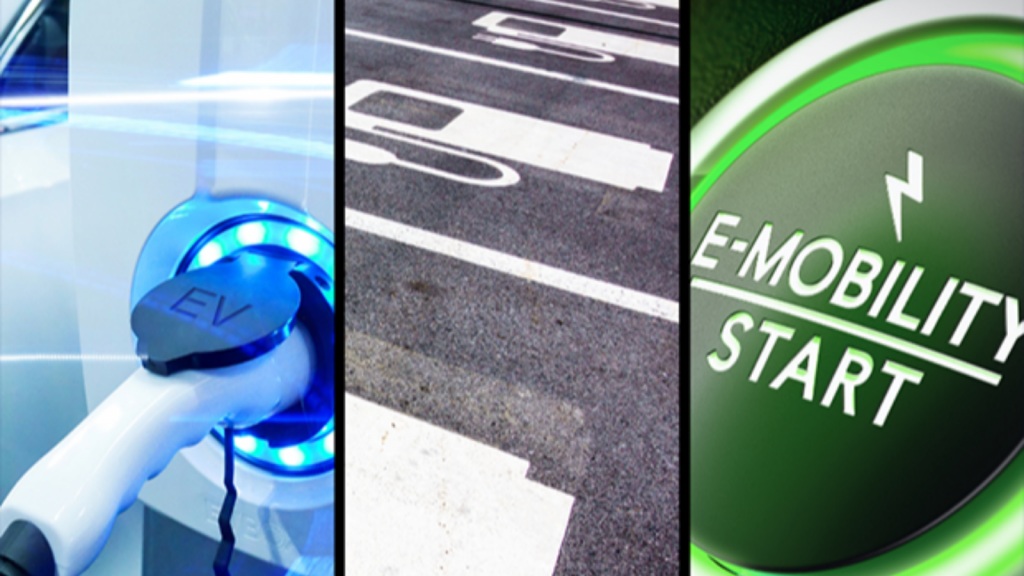 All MOBI Standards are vital to the creation of a smart, sustainable, and efficient mobility ecosystem, and must be leveraged in tandem for such an ecosystem to work. To this end, MOBI recently announced the launch of DRIVES, an implementation program involving EVGI and other MOBI WGs including Vehicle Identity (VID) I and II; Usage-based Mobility and Insurance (UBMI); and Connected Mobility Data Marketplace (CMDM). Stay tuned for more on DRIVES soon!