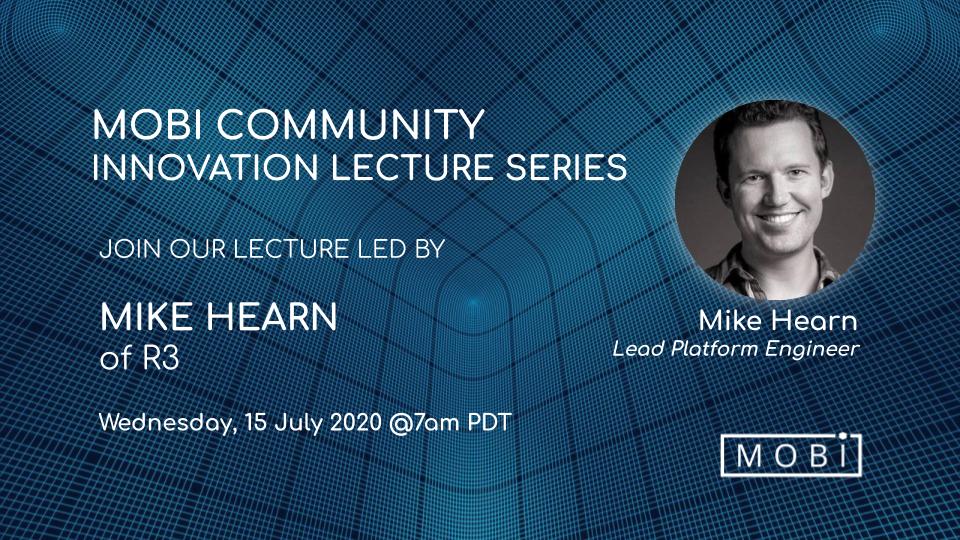 On July 15, Mike Hearn, Lead Platform Engineer at R3, gave a dynamic presentation on ledger sockets, a new take on how to link on-ledger monetary state to the physical world via embedded computers. He expertly examined to what extent this concept translates out of cryptocurrency and how apps mixing IoT and money can be designed to not violate people’s basic expectations of how money works.

Imagine ledger sockets as being physical oracles. Their purpose being to create an on-ledger link of some sort between two ownable physical things that are in close proximity, while guarding against ‘Man in the Middle’ [MITM] attacks, as well as providing a trustworthy accounting of what’s going on to remote Corda nodes.

Mike leads Conclave, a project to make secure enclaves easy. He was the lead designer of Corda, a popular enterprise blockchain platform created by R3, was one of the earliest Bitcoin users and developers, gave the first ever talk on smart contracts, and was a senior software engineer at Google where he spent over seven years on Maps, Gmail and the accounts system.

You can watch the full presentation by clicking the video below.