By Scott Boardman and Maureen Bock, Oregon Department of Transportation/OReGO

Oregon has been a leader in transportation funding initiatives since the turn of the century. And by that, we mean the twentieth century. In 1919, Oregon was the first state in the nation to enact a gas tax. That tax was promoted as a way to “get Oregon out of the mud.” The transition from horses and buggies to automobiles forced the state to look at ways to improve roads so that the infrastructure could safely support multiple modes of transportation, including bicycles; horses; horses and buggies or wagons; oxen and mule teams pulling cargo; and automobiles. People recognized that simply using logs to fill in the boggy areas was not ideal for any travelers, but it was significantly worse for those in automobiles.

Fast forward a century, and Oregon once again finds itself as a leader in devising policy solutions in response to emerging technologies and societal trends. With the passenger vehicle fleet becoming increasingly fuel-efficient and electrified, the traditional means of raising revenues to operate, maintain, and improve our transportation systems are not keeping pace with need. The Oregon legislature identified this challenge in 2001 and began exploring alternative options to the traditional gas tax. Of the 28 different options that were studied, a road usage charge (RUC) was identified as the preferred approach. Following two pay-by-the-mile pilot projects in 2006 and 2012, ODOT launched its voluntary RUC program known as OReGO on July 1, 2015, and it became the first fully functional RUC program in the nation. 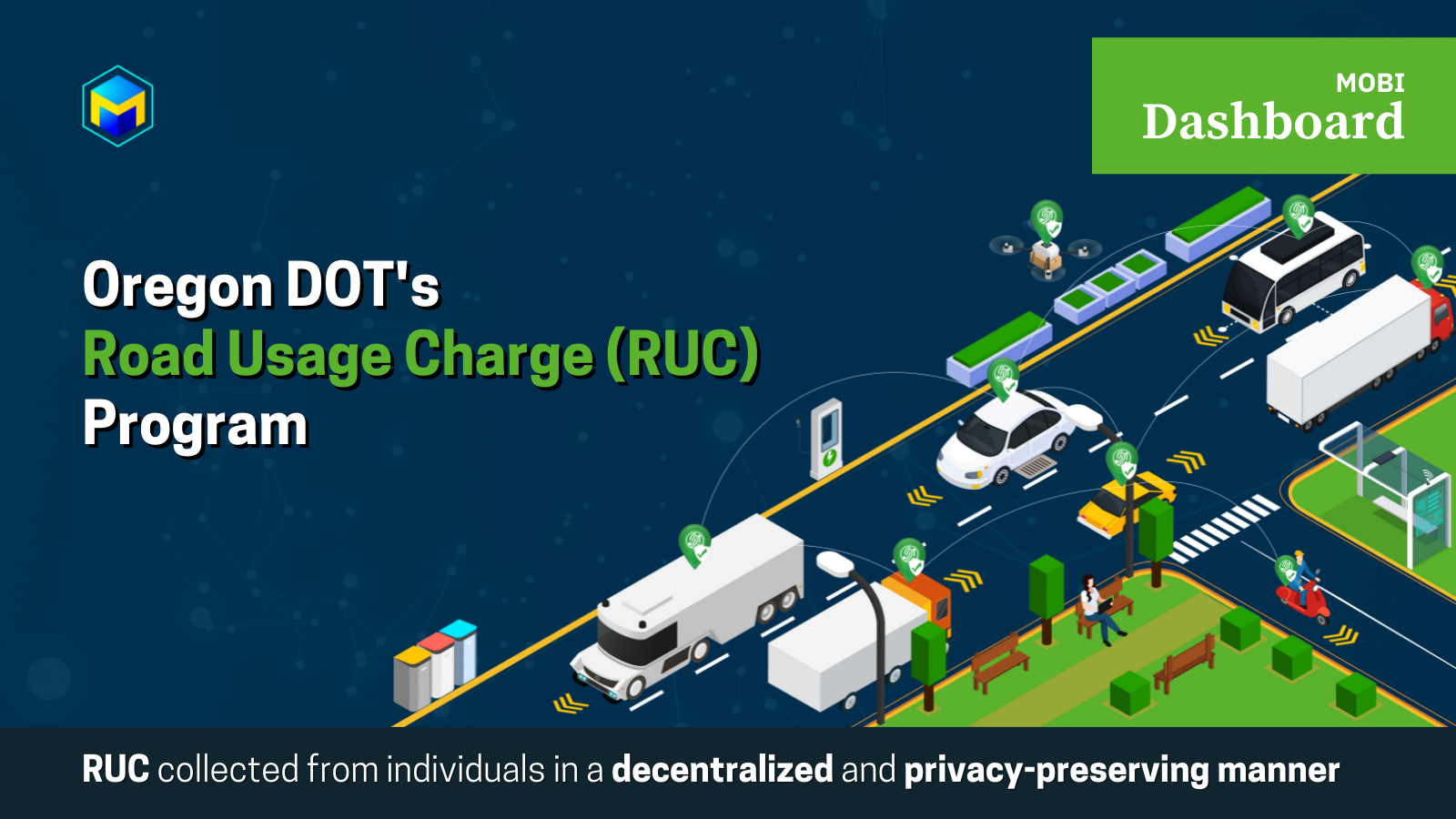 Road usage charging has proven to be a viable means of raising revenue to fund transportation improvements and maintenance, but its success is contingent on a paradigm shift among existing systems and programs. While gas tax revenues continue to decrease due to improvements in fuel efficiency, the tax itself has been simple to administer. In part, this is because the gas tax is paid at the time of distribution, so when motorists fill up their vehicles and pay at the pump, they are simply reimbursing the station owner for the tax that was already paid.

An RUC program, on the other hand, requires revenues to be collected from individuals in a decentralized manner. This presents an opportunity to utilize new technologies to improve and refine these processes, both within RUC programs and other transportation operations. For example, artificial intelligence and machine learning could augment our traffic operation centers (TOC) by helping identify traffic issues earlier than they might be noticed by those working in the TOC. Another technology that Oregon is exploring is blockchain, which may transform how we execute and enforce contracts; how we register and title vehicles; and how we participate in clearinghouses and other interoperability efforts. 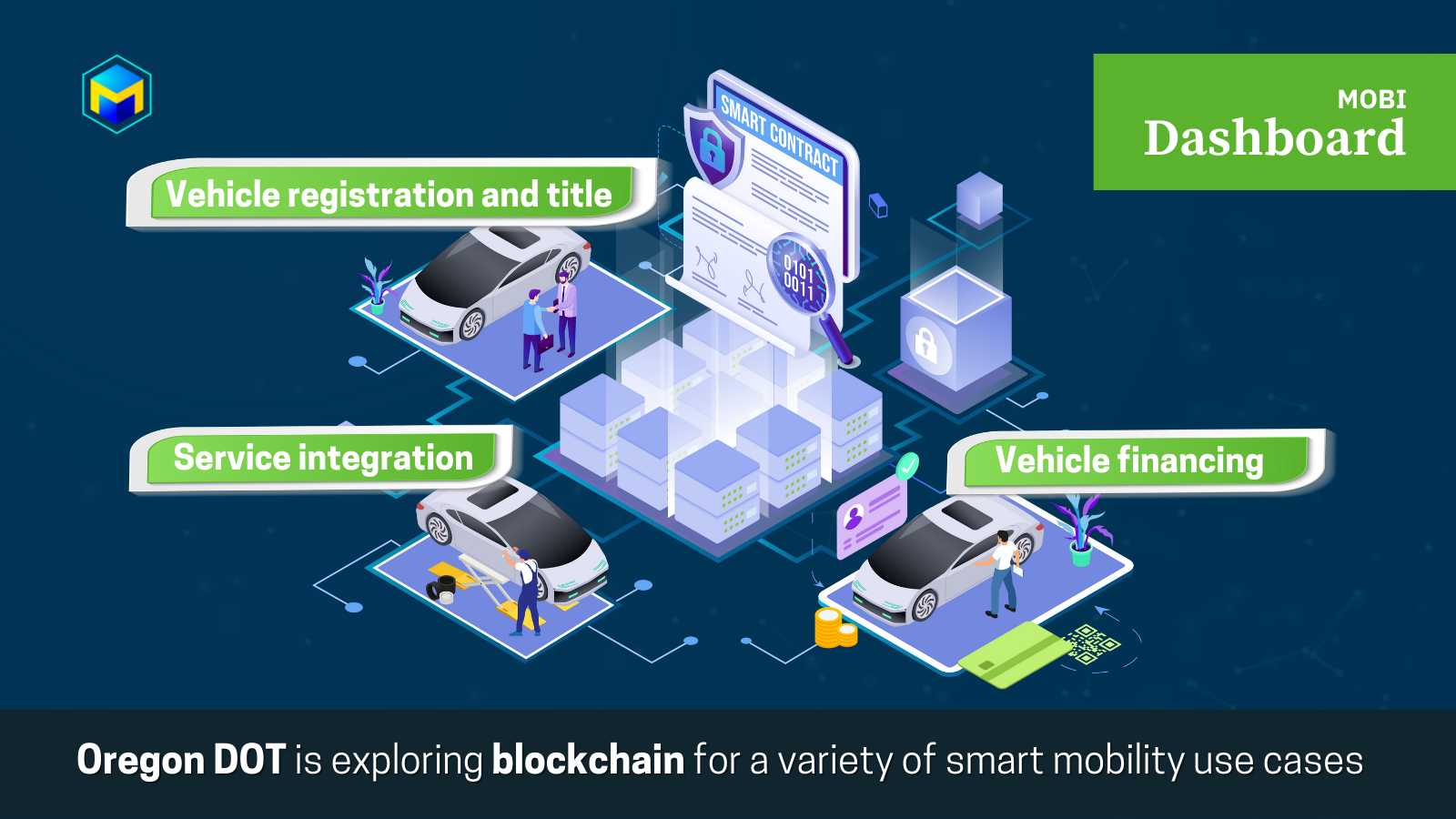 ODOT’s membership in MOBI has been instrumental in furthering our knowledge of the opportunities that blockchain enables and how it might impact our operations in the future. ODOT has taken deliberate measures to ensure that its road usage charge program remains adaptable to changes and innovations in the marketplace. Monitoring trends in transportation technologies enables ODOT to continuously evaluate the best options for raising revenues and funding our operations so that we can provide a safe, reliable, and modern transportation system for all Oregonians.

Interested in learning more? Register for the ODOT Lecture! 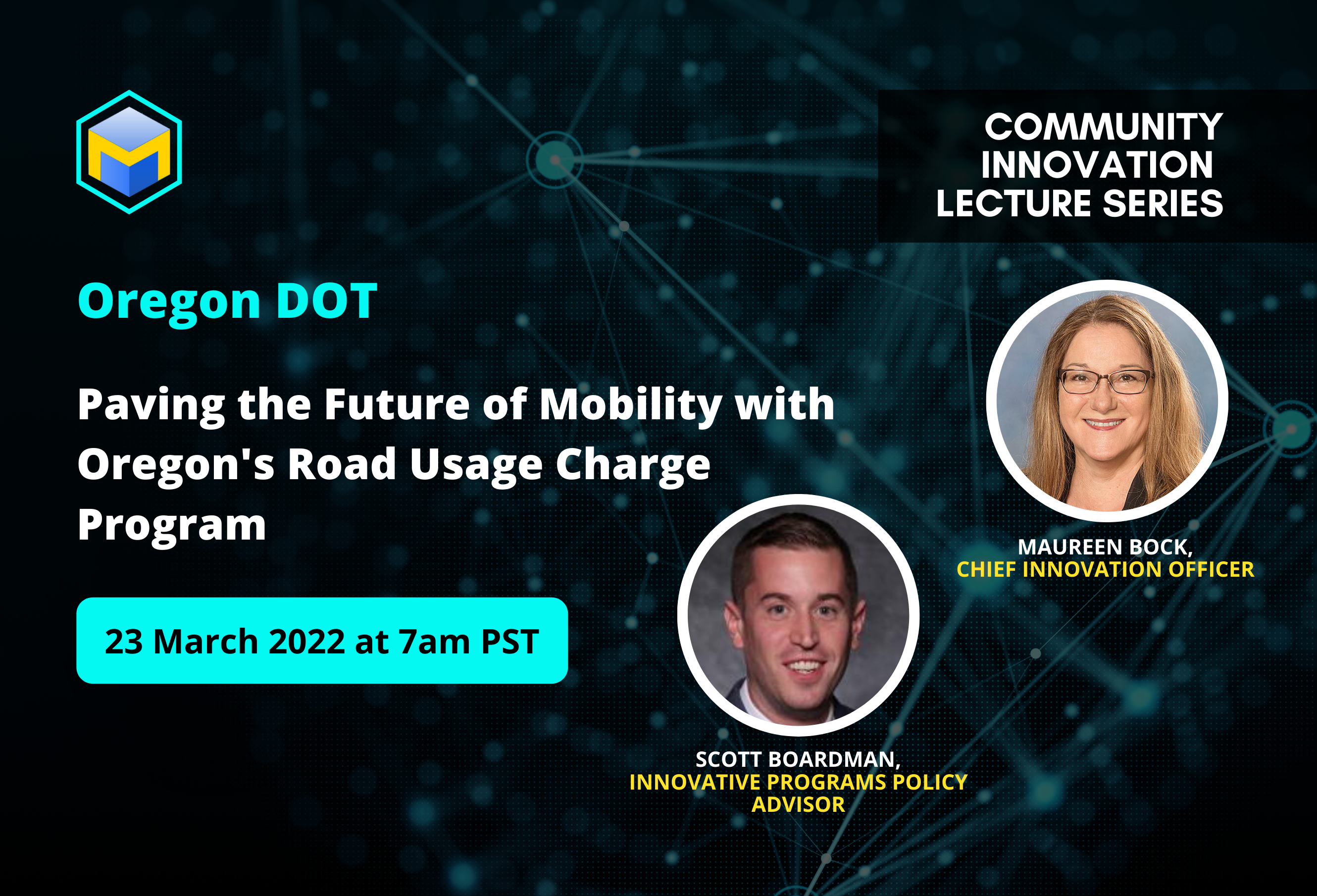