MOBI and its partners are leveraging MOBI standards, Citopia, and the Integrated Trust Network in several ongoing and completed pilots to accelerate cutting-edge decentralized applications for smart mobility and IoT commerce. Read about them here! 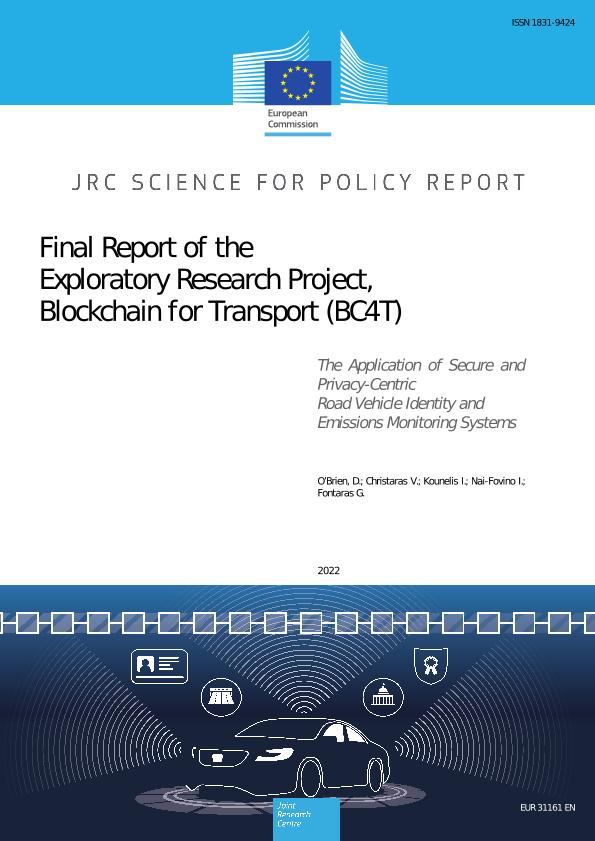 “The study showed that sharing vehicle information such as fuel consumption or emissions to a fully blockchain-based monitoring system would be technically feasible. Simulations also indicated that it is possible to connect a vehicle fleet of 280 million vehicles, the EC and 27 Member States via two heterogeneous blockchains communicating in tandem at a pilot level. If emissions reporting occurred more frequently than the regulation requires, then the SSI management system would be 17.25 times faster than required.”

Motivation Behind the Pilot

With the transportation industry producing 29% of global greenhouse gas (GHG) emissions in 2019 alone, it’s becoming increasingly clear that the current mobility paradigm, dominated by increasingly congested roadways and inefficient, high-emission vehicles, is not sustainable. As we strive to meet climate goals set by the Paris Agreement, public and private stakeholders alike must work together to identify effective, scalable, privacy-preserving solutions to reduce GHG emissions in every area of the mobility value chain.

It is essential to measure carbon emissions accurately, in an easily verifiable and trusted way, to build or apply the right tools policymakers, vehicle manufacturers, and service providers need to incentivize decarbonization at the tailpipe. However, the lack of a standardized solution means these efforts are fragmented across jurisdictional lines and ultimately not scalable.

In an effort to advance research and development for global emissions monitoring, the European Commission​​ developed a joint pilot with MOBI to test the use case of vehicle emission self-reporting using MOBI’s Web3 infrastructure, Citopia and the ITN. Self-Sovereign Digital Twins™ and Verifiable Credentials (VCs) are created on Citopia to simulate the interaction of EU Commission, Member State Vehicle Registration Authorities (RAs), and Vehicles. The experiment tests the scalability performance for the EU’s 27 states and 280 million vehicles. Learn more about Self-Sovereign Identity solutions below in the Appendix.

What the Pilot Demonstrates

With trusted decentralized identities, connected entities such as vehicles, people, organizations, and devices can participate as independent economic agents in any number of transactions while preserving data privacy. Developing a standardized system for identity management is the first step in implementing accurate digital MRV (monitoring, reporting, and verifying) for GHG emissions to ensure that the emissions data can be trusted and therefore mitigated.

Currently, there are no production-ready decentralized solutions for vehicle identity management. Therefore, it is necessary for public and private stakeholders to collaborate in creating, adopting, and testing solutions to bring smarter, more sustainable mobility ecosystems to scale. 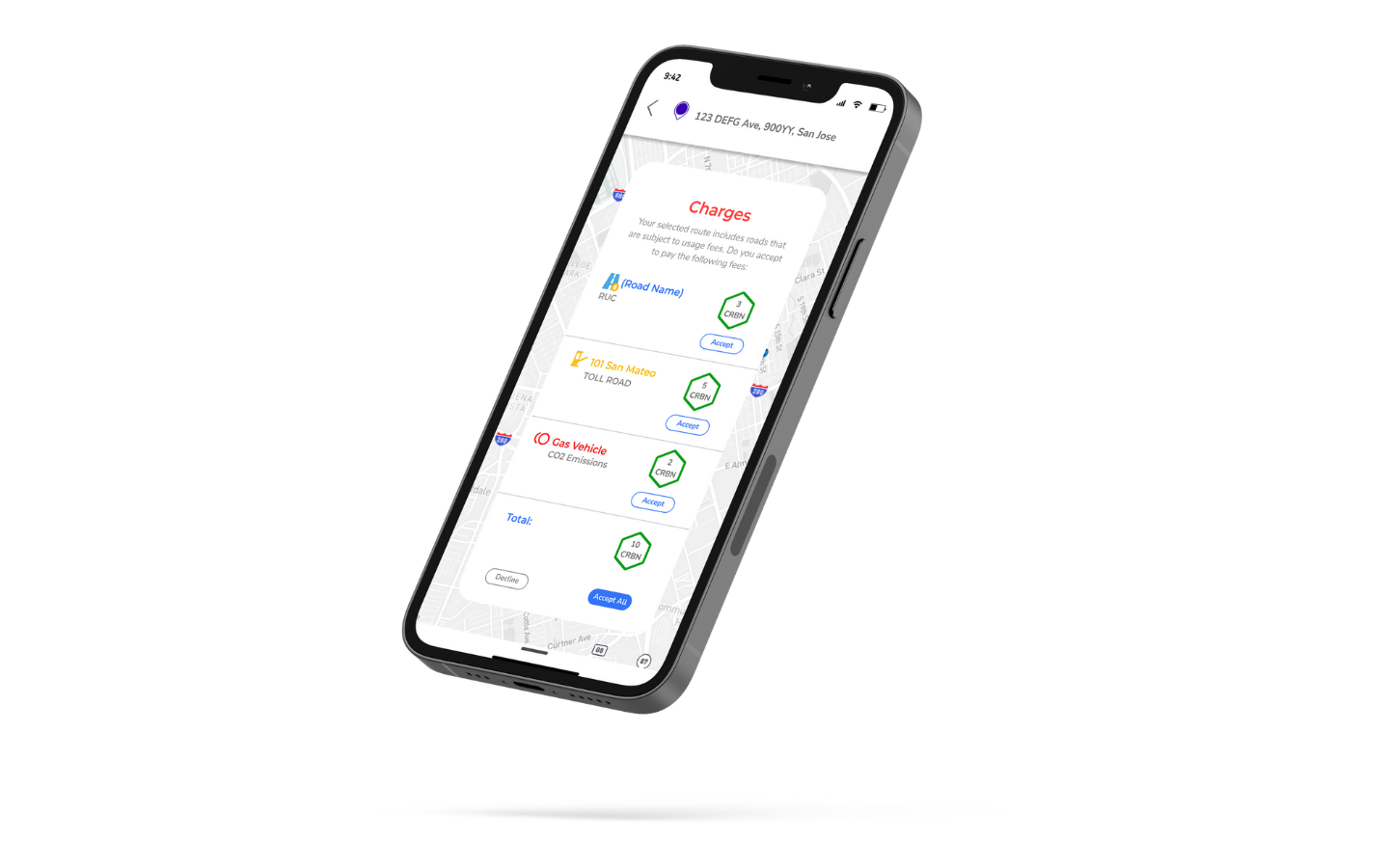 Results of the Pilot

This pilot study demonstrated that it is possible to connect entities such as vehicles, people, and authorities using blockchain while preserving data privacy in line with the General Data Protection Regulation (GDPR), electronic IDentification, Authentication, and trust Services (eIDAS) and the ePrivacy Directives.

The study also showed that sharing vehicle information such as fuel consumption or emissions to a blockchain-based monitoring system would be technically feasible. Simulations indicated that it is possible to connect a vehicle fleet of 280 million vehicles, the EC, and 27 Member States via two heterogeneous blockchains communicating in tandem at a pilot level. Data such as those recorded by On-board Fuel Consumption Monitoring Devices (OBFCM) can be stored and reported via the tamper-resistant blockchain, potentially reducing operational costs while facilitating compulsory monitoring of CO2 and energy consumption.

Adopting a European Digital Identity could open up a range of diverse applications within the connected mobility ecosystem, linking users and regulators while protecting personal data and privacy. The adoption of blockchain could create a significant and transparent interlinking of public and private data and enable interoperability across different transport systems. 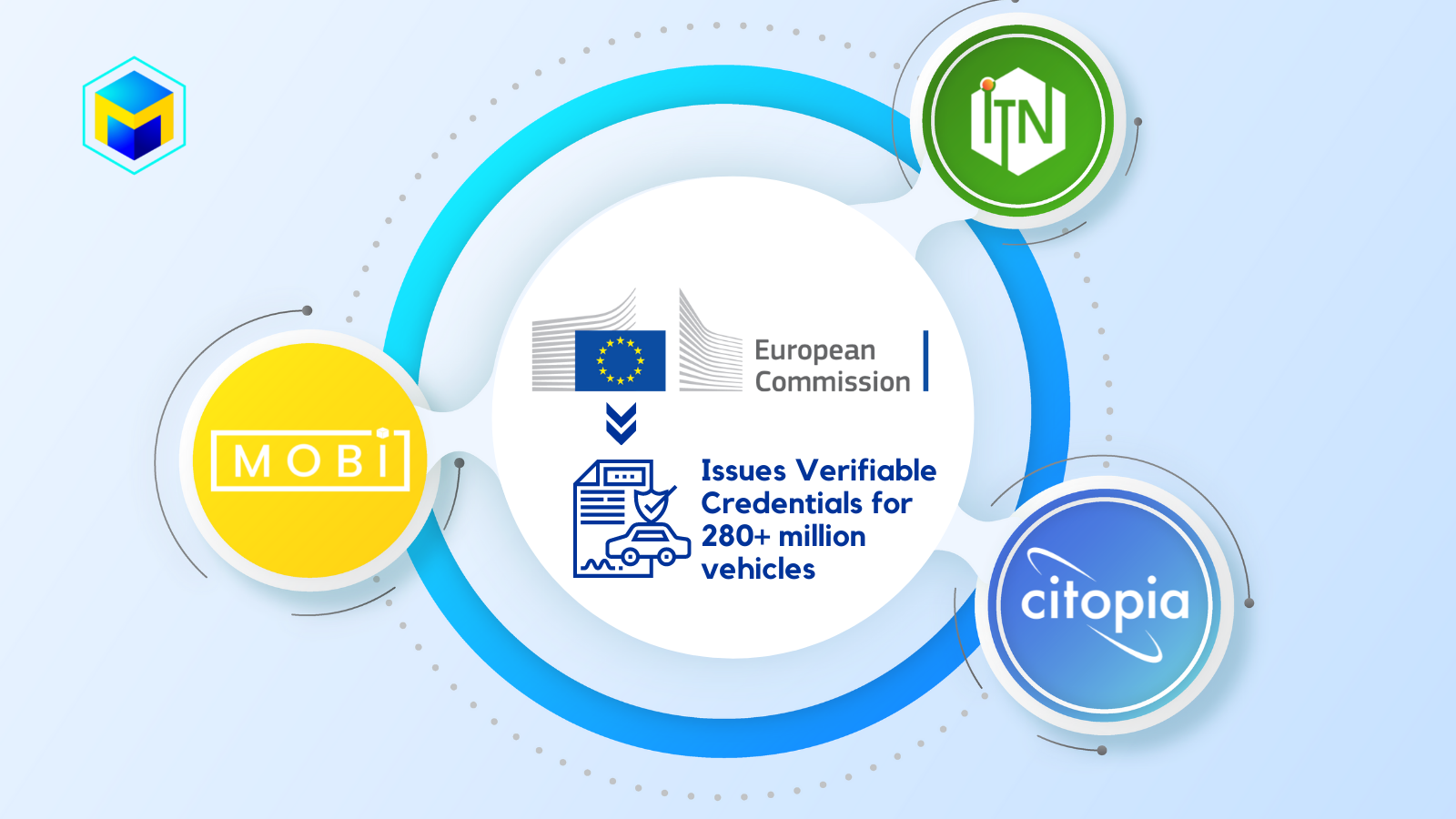 Decentralized Identity and/or Self Sovereign Identity (SSI) is a new cryptographic technology that enables entities to assert ownership of their identity, where the identity remains private and not disclosed during transactions in decentralized ecosystems.

Decentralized Identifiers (DIDs) are identifiable endpoints belonging to a SSI, and can be shared with the world. This includes documents, wallets, smart contracts, or programmable agents. In a decentralized system, DIDs are embedded in Verifiable Credentials (or VCs). VCs may be created by trusted entities, such as government agencies, businesses, universities, or employers, and issued to a “holder” of the VC. If we think of the DID as a global ID, then VCs are like digital passports, or unique stamps which serve to attest to specific information about an entity associated with a specific DID.

A Self-Sovereign Digital Twin™ (SSDT) is a digital twin which is anchored in a decentralized trust network using W3C’s DIDs Standard (for MOBI’s community, this is the Integrated Trust Network, or ITN). By using the SSDT and W3C’s VC Standard, the controller of the SSDT can participate as an autonomous economic agent in trusted transactions through issuing VCs and Verifiable Presentations (VPs). For MOBI’s community, this is done using Citopia Marketplace. Citopia utilizes the network effect and Zero-Knowledge (ZK); allows for the onboarding of SSDT; and enables VCs and VPs.

Citopia SSDT is a universal translator and encrypted lock data vault that no individual or organization has access to other than the owner/controller. The SSDT stores a combination of static and real-time data to log an entity’s journey throughout its lifetime. Citopia uses DIDs, VCs, VPs, and ZK to ensure data privacy and security.